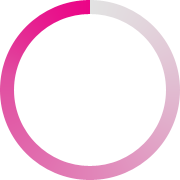 CloudVO has a variety of options for companies to establish a business presence in Los Angeles, the second-largest city in the United States, with over 100 locations spread throughout the greater LA area. This includes sought after cities or neighborhoods in LA County such as Venice, Santa Monica, West Hollywood, Beverly Hills, Glendale, Burbank, Pasadena, Culver City, and more. Considered the entertainment capital of the world, Los Angeles is a hub for numerous Fortune 500 companies. With a vast range of industries including technology, entertainment, finance, and others, Los Angeles is an ideal place to do business on the West Coast. CloudVO has also a robust presence in other parts of Orange County and in  Ventura County.

Do you need to book a meeting room in LA for a special meeting? You can book part-time offices (we call them day offices) and LA conference rooms online by the hour, day, or week depending upon your needs. We’re equipped with everything you would need for your award-winning presentation and have partnered with locations that uphold a gold standard when it comes to amenities, professionalism, and health and safety. Los Angeles Meeting rooms are available to rent in a variety of locations including downtown, Santa Monica, Venice, West Hollywood, Beverly Hills, Pasadena, Century City, and many more.

Our coworking spaces in Los Angeles offer a flexible environment for you to join a community, concentrate, and collaborate. If the work from home (#WFH) life is not cutting it for you anymore or that coffee shop just isn’t that inspiring, coworking in Los Angeles may be the best option for you. Coworking allows for serendipitous conversations with a diverse group of entrepreneurs that may just spark that bit of inspiration you were looking for all along.  Our Los Angeles coworking spaces offer hotdesks, dedicated desks, and 24/7 access in many locations.

A virtual office gives you access to an entire office infrastructure on a piecemeal or part-time basis. For the fraction of the price of a full-time office, you can use our professional business addresses and phone answering services to establish the Los Angeles business identity that suits you best. You can also add bundles of meeting room hours to your virtual office plan via our smart credit system.

Safety is a priority. We have carefully vetted the Los Angeles locations that joined our network for their professionalism but also for their ability to follow careful safety protocols. If you want to read a specific location’s health & safety protocol, click on the location’s safety shield for more details.