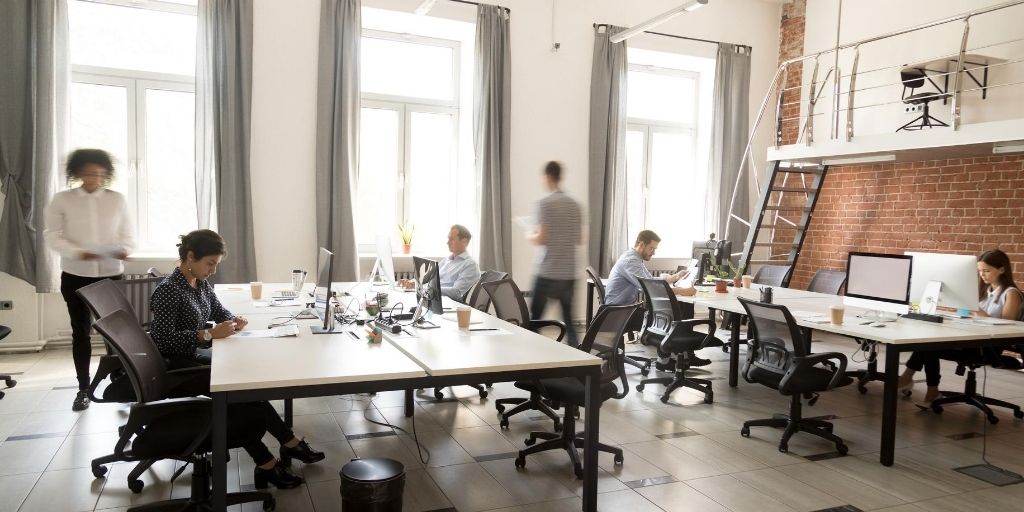 As companies seek to cut costs and accommodate an increasingly mobile workforce, some employees have had to say goodbye to their personal work areas. Unassigned workspaces, sometimes called “free address” or “nonterritorial offices,” have long been a fact of life for consultants or employees who do their jobs mostly on the road or from home. But a growing number of workers, including some who spend more time at the office, have had their cubicles replaced by communal tables or unassigned desks they share with a sometimes shifting cast of colleagues.

Instead of assigned desks, employees often get storage lockers to hold their files and supplies. Spots can be reserved in advance—a practice called “hotelling”—or snagged on a first-come, first-served basis, depending on company policy. Most companies that have embraced unassigned workspaces have done so to cut real estate and other costs, in some cases by placing workers closer together. Shrinking an office’s footprint can save millions of dollars annually in rent and energy expenses. But the new configurations also have brought some unexpected benefits—from encouraging workers to collaborate to reducing internal email.

CloudVO  is the umbrella brand of Cloud Officing Corp., headquartered in San Francisco, California. CloudVO’s mission is to provide comprehensive virtual office, coworking and meeting room solutions to professionals under a Workplace-as-a-Service™ model. CloudVO operates the CloudTouchdown network that grants preferential access to day offices and meeting rooms at nearly 1,000 locations worldwide for mobile workers and distributed workforces under a subscription model or on a pay-per-use basis.